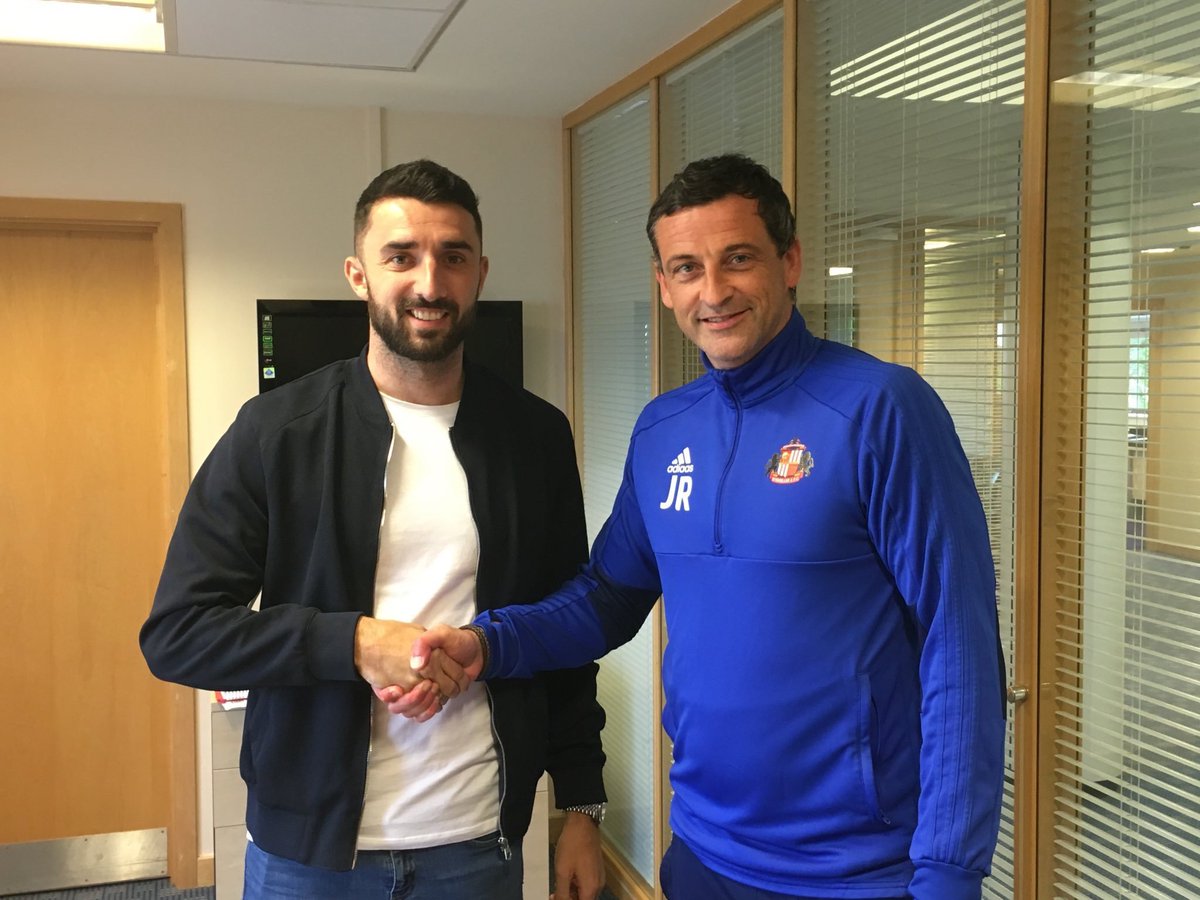 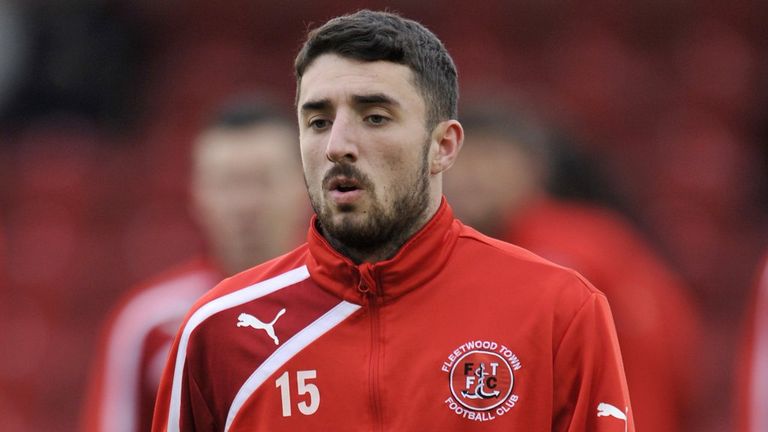 After featuring only once for his country at Euro 2016 in their first game against Poland, McLaughlin has regained his place in Michael O’neil’s team and scored his first international goal in the World Cup qualifier game against Azerbaijan last month. END_OF_DOCUMENT_TOKEN_TO_BE_REPLACED

As per Rosler, the kind of form both the players have been in for Fleetwood in the past three seasons, they have earned the right to play at a higher level and showcase their potential against better oppositions. So, there’s no question of him feeling let down by their decisions to leave. END_OF_DOCUMENT_TOKEN_TO_BE_REPLACED

The next qualification match of Northern Ireland is expected to be played on March 26 of the ongoing year as they face off with Norway at the Windsor Park. END_OF_DOCUMENT_TOKEN_TO_BE_REPLACED

Posted on February 8, 2017 in Conor Mclaughlin

Liverpool over came cross-town rivals Everton at the Goodison Park on Monday courtesy of a 92nd minute strike from Sadio Mane off an initial rebound from an earlier Daniel Sturridge drive.

The news leading to the match centered mainly on how important a positive result will be for The Toffees boss Ronald Koeman and on how Liverpool needed to prove what they are capable of without the sidelined Coutinho.

The first half of the game had everything the Merseyside derby was known for: speed, tension, daring tackles and much more. The fact that referee Mike Dean did not dish out a yellow card during the feisty first half is one of the biggest miracles of the season so far.

Intensity was the watchword for the first 45 minutes and Liverpool did lose on those grounds because the Everton players came out on top mainly from the disruptive approach they employed on the visitors. Both sides ran but Everton ran more, tackled harder and intercepted more passes as they made complete use of their physicality –something Wenger whined about the last time his side visited Goodison – to make sure meaningful strings of passes that often lead to progressive chance-creating rhythms were almost non-existent for Jurgen Klopp’s men

Summer signing Klavan was the main reason for all the hassles and tussles of the Toffees, scoring a goal – the main thing that counts – seemed farfetched as the Estonian nullified all variety of threats posed by Lukaku who served as the focal point of the home side’s attack.

The second half of the game came with a reversal of duties with Everton’s initial steam cooling off as a result of the stamina-reducing high press they operated with in the first half. That does not mean Liverpool took up the Toffees’ first half style though. For the Reds, a game-controlling gradual build up from the back with Klavan and Lovren triggering off strings of passes was the main reason they were able to take charge of the game. As a result, even when the host employed their hassling approach, the Reds made sure they reduced their opponents to chasing their shadows. END_OF_DOCUMENT_TOKEN_TO_BE_REPLACED

Posted on November 20, 2016 in Conor Mclaughlin

It amazed a lot of teammates how Connor McLaughlin, the full-back from Fleetwood, England League One, suddenly emerged from ‘nowhere’ to feature in nearly every match in the qualifier matches to Euro 2016 tournament.


It has been two years since McLaughlin left Fleetwood’s celebrations after winning the League Two playoff final against Burton Albion and flew 18 hours to Montevideo just to be part of the squad on a tour of South America because Chris Baird fell ill.

The 25-year-old has hardly been left behind in the team since, missing just one game in qualifying which was due to suspension. McLaughlin prepared and was determined to play against some of the best attackers in the world as Northern Ireland met Germany, Poland and Ukraine in their first appearance at the European Championship finals on the back of 12 matches without a loss.

“It has been an amazing journey, a few years ago nobody would know who I was,” said McLaughlin at the squad’s training base at Saint-Georges-de-Reneins. “It has been brilliant to be a part of this team and making history nearly every week now. We have got an unbeaten run going and it is amazing to be present and participating here. Hopefully we can do well in the tournament.
END_OF_DOCUMENT_TOKEN_TO_BE_REPLACED

At 25 years of age,McLaughlin is rightly poised to become the first choice right back for Ireland. The fact that manager O’Neill was pleased with the performance of the defender is likely to see him called up for the next round of qualification action, which will take place in October. Northern Ireland will be up against San Marino and Germany in the space of a few days. It will give O’Neill the possibility to testMcLaughlin against a minnow and the reigning world champions.McLaughlin, though, will be hoping that this praise from O’Neill results in more first-team opportunities. Despite being part of the Euro 2016 squad, the player made only one appearance at the major competition. END_OF_DOCUMENT_TOKEN_TO_BE_REPLACED

Stephen Pressley said that the club would do everything they can to safeguard their interest, and that means that they will wait for the best situation before selling the player. END_OF_DOCUMENT_TOKEN_TO_BE_REPLACED

In Davis’ words, “You see whom were we up against at the group stage? The likes of Bale, Lewandowski, we didn’t let them have much of a say. Germany, with their quality, had the better of us, but, I believe the formation was absolutely right considering our strength.” END_OF_DOCUMENT_TOKEN_TO_BE_REPLACED

Conor McLaughlin not glad with Timing of Matches

Conor McLaughlin might have put on the Northern Ireland kit and preparing for the coming friendly matches, but, he has been honest enough to confess that he is not glad with the timing of the matches and his mind is still at Fleetwood Town where a tough struggle is for the Cod Army to save their stature as a League One Club.

However, McLaughlin understands the perspective of the Northern Ireland head coach that he is looking to make the side come together for a couple of matches so that the players get to know about their roles a little more clearly and also, he gets to see who fits where and which combination gives him the best result at which positions.

McLaughlin also has the idea that the performances in these friendly matches will count in terms of who will be the coach’s top picks on the visit to France and so, he is taking the assignment seriously and would not just turn up because he has to make the numbers.

He says he is going to take it as a chance to play himself into some kind of form and then, returns to Fleetwood feeling better and helps them in his fullest capacity which he believes he hasn’t quite done. END_OF_DOCUMENT_TOKEN_TO_BE_REPLACED